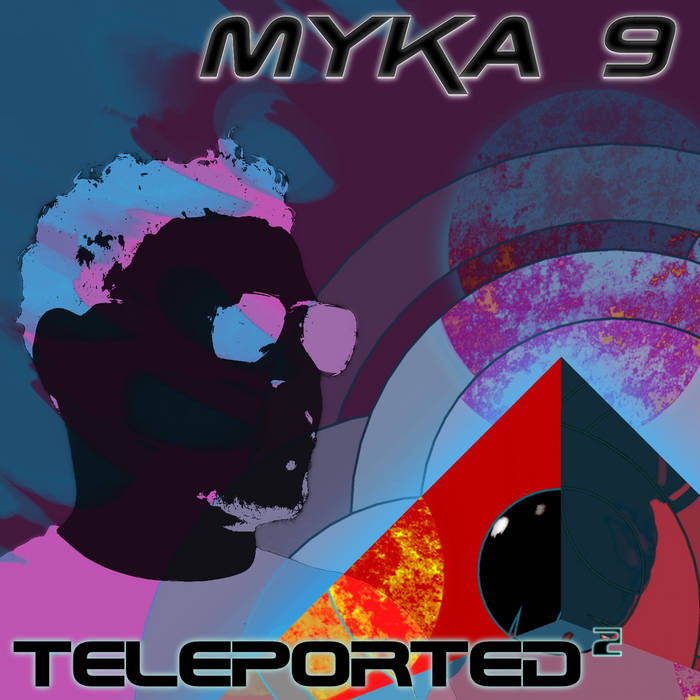 Teleported 2 is the sequel to the Teleported album released as a collaboration between Myka 9 and Freematik, building on their partnership made while creating soundtrack music for the Dark Moon motion comic series. The music is a psychedelic blend of hip-hop and electronic music elements and unique themes, sometimes tying back to the sci-fi roots that the collaboration began with.

Teleported 2 was first rushed out in August 2020, long before the expected release date, due to Freematik being diagnosed with a brain tumor in the late summer. Needing surgery within days of finding out his diagnosis, Freematik posted the album on Bandcamp just in case something went wrong during surgery. Luckily Freematik had a very successful surgery and recovery, and in December had the album mixed and mastered as originally planned.

In addition to rereleasing the album as it was supposed to sound, now 100% of revenue will be donated directly to the UCSF Brain Tumor Center. Press and other interested individuals can have access to the statistics and track the donations which will occur on a monthly basis.

After a long recovery, including 6 weeks of radiation therapy and ongoing chemotherapy treatments, Freematik is amazed to be doing so well. While he is still in a daily fight against stage 4 brain cancer, specifically Glioblastoma which is the most aggressive form of brain cancer, he is extremely thankful for his medical treatment, support of family and friends, being able to return to his career, and so many other good things, that giving back by raising money for brain cancer research seemed to be the perfect idea.

In addition to giving 100% of revenue from Bandcamp as well as Apple Music, Amazon, and all other distribution platforms, Freematik will match the donations up to $2500!

Freematik had this to say about the donation campaign: “This popped into my head during recovery as a way to take something that’s been very difficult overall, and turn it into something positive. The first week I was told I have maybe 3 years to live if I’m lucky, but since then, I’ve had some factors break in my favor, and also learned a lot more about this disease. I now have hope and contentment, and want to share this with others that have recently been diagnosed, since what they get told at first is so bleak. Survivors should know there is a life after diagnosis for many, and that joy can still be had.”

Myka 9 has a long history in hip-hop that is difficult to sum up in a short statement. He has had an amazing solo career as well as being in groundbreaking groups such as Freestyle Fellowship and Haiku D’Etat. His style is unmistakeable and can be recognized immediately.

Freematik is a multimedia producer who works mostly on music, music videos, and comics. He is best known for the Dark Moon motion comic series, the iMatik album made with only an iPhone in 2010, and the Hustlevania music video.

Known Shadows is a home for beautiful and surreal hip hop and electronic projects produced by Freematik.

Our albums are soundtracks for a world that can't be seen. Explore them here and from the links below!

Please support by listening, sharing, and buying some music and merchandise! ... more

Bandcamp Daily  your guide to the world of Bandcamp

Serena Cherry debuts her black metal project, plus a Pick from the Crypt block from Svalbard